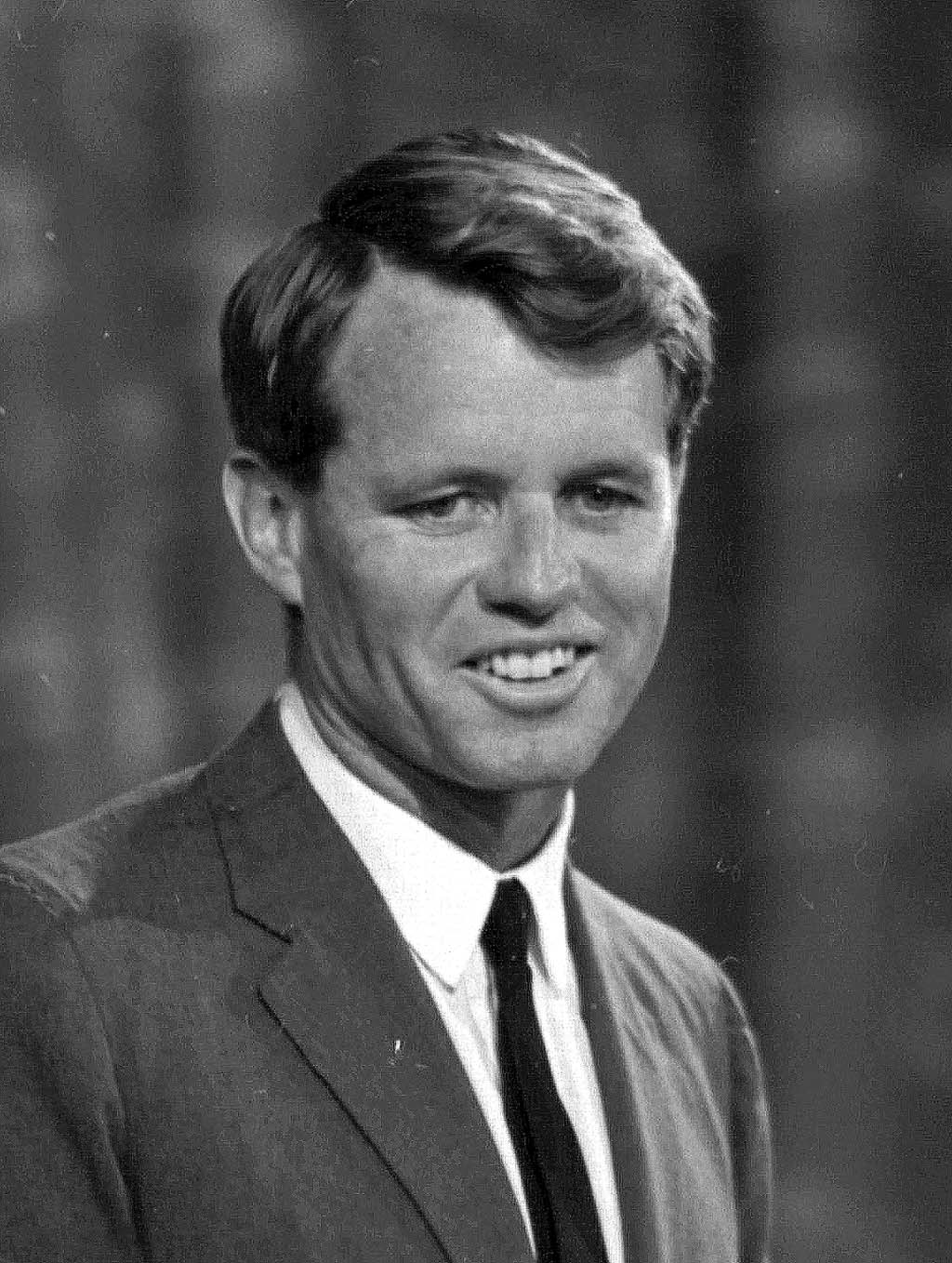 On April 4, 1968, during an Indianapolis, Indiana rally for his presidential campaign, attended by a large number of African Americans, Robert F. Kennedy, despite suggestions he shouldn’t appear at all, decided to proceed and announce the assassination of Martin Luther King, Jr., to a group unaware that the killing had taken place.  His remarks appear below.

I have bad news for you, for all of our fellow citizens, and people who love peace all over the world, and that is that Martin Luther King was shot and killed tonight.

Martin Luther King dedicated his life to love and to justice for his fellow human beings, and he died because of that effort.

In this difficult day, in this difficult time for the United States, it is perhaps well to ask what kind of a nation we are and what direction we want to move in. For those of you who are black — considering the evidence there evidently is that there were white people who were responsible — you can be filled with bitterness, with hatred, and a desire for revenge. We can move in that direction as a country, in great polarization — black people amongst black, white people amongst white, filled with hatred toward one another.

Or we can make an effort, as Martin Luther King did, to understand and to comprehend, and to replace that violence, that stain of bloodshed that has spread across our land, with an effort to understand with compassion and love.

For those of you who are black and are tempted to be filled with hatred and distrust at the injustice of such an act, against all white people, I can only say that I feel in my own heart the same kind of feeling. I had a member of my family killed, but he was killed by a white man. But we have to make an effort in the United States, we have to make an effort to understand, to go beyond these rather difficult times.

My favorite poet was Aeschylus. He wrote: “In our sleep, pain which cannot forget falls drop by drop upon the heart until, in our own despair, against our will, comes wisdom through the awful grace of God.”

Let us dedicate ourselves to what the Greeks wrote so many years ago: to tame the savageness of man and make gentle the life of this world.

Let us dedicate ourselves to that, and say a prayer for our country and for our people.